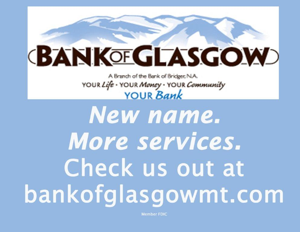 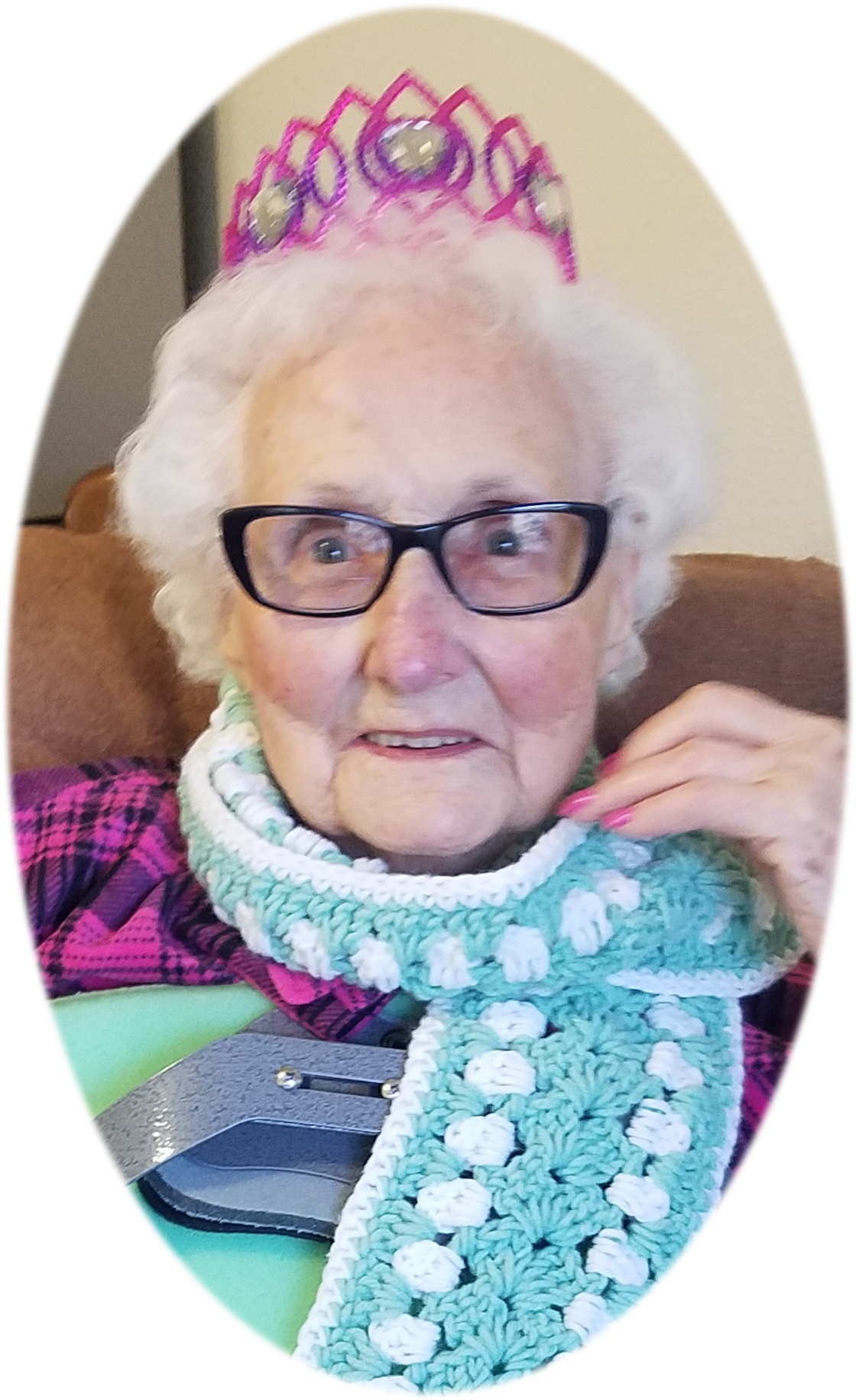 Blanche F. Schuler, 97, died of natural causes at Billings' Tender Nest Assisted Living early July 5, 2020. She had lived from January 2017 until this June in Aspen Meadows, also in Billings. Born north of Hinsdale October 18, 1922, to Charles and Florence (Williamson) Britsch, Blanche was the youngest of three. Her parents and siblings, Earl Britsch, Hinsdale, and Mary (Britsch) Reding, California, preceded her in death.

Blanche married Bruce R. Schuler June 29, 1939, in Wolf Point. The couple lived in Los Angeles and San Francisco early in their marriage. They spent, however, the majority of their lives in Hinsdale. She served as bookkeeper for the Farmers Union Oil and Supply (with husband as her boss) for a majority of her work years. She also was employed at the Cenex and Valley View Nursing Home in Glasgow.

They were the parents of three daughters: Mary Irene (Hank) Mason, Ohio; Carol (Ed) Damm, Billings; and Vickie (Terry) Cariveau, Lakeside. She was proud, also, of her nine grandchildren, 13 great-grandchildren, seven great-greatgrandchildren, and three nieces and three nephews, trying always to keep abreast of their lives.

Active in the community she loved, Blanche was a Life Member of the Hinsdale American Legion Auxiliary, the Hinsdale United Methodist Church and Women's Circle, and the Senior Citizens, serving as treasurer.

She was fond of gardening, both vegetables and flowers; hunting; sewing; and even a bit of carpentry. With her sharp memory, Blanche was relied upon for furnishing history information and stories to both locals and out of towners alike. The Pioneer Museum in Glasgow often referred researchers to her. One of those resulted in her being cited as a contributor to Jane Lambert's CHARLIE RUSSELL, THE COWBOY YEARS. She was also recognized statewide for her poem "The Silent Message of the Poppy."

Of utmost importance to Blanche was RESPECT--for family, friends, creatures, community, country. She knew no stranger, always being able to find some common ground. She was the last surviving "mom" for the HHS classes of 1958 and 1963, the years her two older daughters were graduated. As a lifelong learner, when her vision failed, she attended a several-week workshop in Helena to learn methods of coping with that.

Blanche loved living in her own home and so it was with reluctance when she moved to Billings early 2017. Soon, though, she found a new circle of friends, but especially loved the visits, phone calls, and notes from her beloved Valley county friends. At Aspen, she and a "sighted" friend would enjoy working crossword puzzles and jumbles together. She also loved verbal games, songs, and humor!

When the pandemic "lockdown" forced such a solitary life upon this extrovert, Blanche relied on window and phone visits that were difficult. One or all gathered outside the window daily sang with her on the inside, also singing. Her favorites were "Jesus Loves Me," "You Are My Sunshine," "Home on the Range," and "If You're Happy and You Know It," which provided her with some PT and giggles all the way around. She also continued to excel with the word games.

Besides her parents and siblings, she was preceded in death by her husband in August 1988, son-in-law Hank, and grandson, Kenneth Damm.

Should anyone desire, memorials in her name may be made to the Hinsdale Hillview Cemetery, Hinsdale United Methodist Church, Hinsdale Ambulance Fund, Hinsdale Legion Auxiliary, or Pioneer Museum in Glasgow. She was firm in support of local-area giving.

Family receives friends for Blanche Schuler will take place at Bell Mortuary, Glasgow, Thursday, July 9, from 5 - 7p.m. Her funeral will be Friday, July 10, at the Hinsdale American Legion Hall at 10:30a.m., with burial following in Hinsdale Hillview Cemetery. A reception in her honor will be held at the Hall following the service and burial, social distancing requested.
We will all miss her.

Darlene Durell, 83, of Nashua, Montana passed away peacefully at her home July 5, 2020 with family by her side.
As per her wishes cremation has taken place and services will be held at a later date. Condolences maybe left for the family at bellmortuarymontana.com.

Gordon N. Crandell, Jr., age 90, passed away on March 22, 2020 of natural causes in Billings, Montana. Gordon was born July 23, 1929 to Gordon Sr. and Alvina (Skornogoski) Crandell, north of Peerless on the Crandell farm. He attended and graduated from Scobey High School. He obtained his Bachelor of Science in education from Northern Montana College in Havre, Montana. While attending college, he met the love of his life, Grace Davey and they were married in 1950.

Gordon and Grace were life-long farmers north of Peerless. As well he taught school for over 30 years throughout the country; Whitetail, West Fork, Butte Creek, Richland and Opheim. In 1975 Gordon and Grace retired and moved to Billings, where he continued to substitute teach at the Billings Vo-Tech and Castle Rock Middle School.

A celebration of Gordon’s life will take place at the Lutheran Church in Scobey at 10:00 a.m. Friday, June 26, 2020. Memorials can be made to the Beacon Foundation, or of your choice.

Gordon had the ability to tinker and fix anything, enjoyed fishing with Grace, and was always teaching anyone that had the pleasure of crossing his path. Dad, Grandpa you will be so missed by us all, thank you for all the memories, we love you.

A graveside memorial service will be held for Shirley Mae Nelson on Saturday, 6/27/2020; 2:00 PM at the Glasgow cemetery. 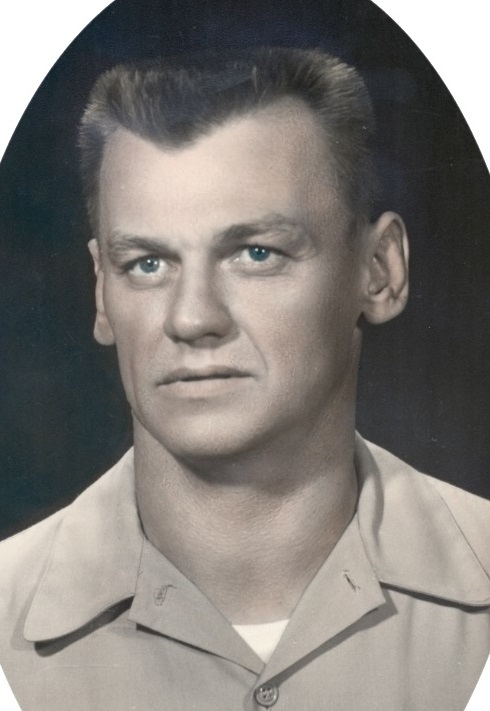 Lloyd was born December 14, 1933 in Rockhill-Orbisonia, Pennsylvania to Clarence and Adaline Rogers. He received his early education at Rockhill Elementary School, graduated from Orbisonia High School and attended Texas A&M.

He married Edna Storkson on August 2, 1959 at the First Lutheran Church in Glasgow, Montana. The couple made their home throughout the US, as they moved where he was stationed by the Air Force.

Lloyd enjoyed his time in the Air Force, which was a very large part of his life. Among the memories he shared of his time two stood out the most. The time that he rescued the helicopter that was on fire when he put the fire out and when he survived several day snowed in at Tully, Greenland, where he was stranded without food. He hiked out over 20 miles for help when no one could get thru the snow. He retired from the Air Force in 1979. Following his retirement he and his family moved to Nashua, Montana where he worked as a town cop for a while and then later worked for a number of years as a supervisor for Western Maintenance.

Lloyd loved listening to country western music, watching the news and reading history. He enjoyed boating, waterskiing, and camping with his family. He loved driving through the mountains and nature watching. In his younger days he could be found riding his motorcycle. He did a 100 mile “Run For Your Life” at Ellington AFB Sprinter in 1974 for which he received a trophy.

Preceding him in death are his parents, Clarence and Adaline; brother, Clarence; sisters, Dorothy, Mary and Catherine; and several nieces and nephews.

Visitation will be 8:00 a.m. to 5:00 p.m. Tuesday, June 23, 2020 at Bell Mortuary. A graveside service with military honors will be Wednesday, June 24, 2020 at 10:00 a.m. at Highland Cemetery with Pastor Todd Wright officiating. Condolences maybe left for the family at bellmortuarymontana.com. 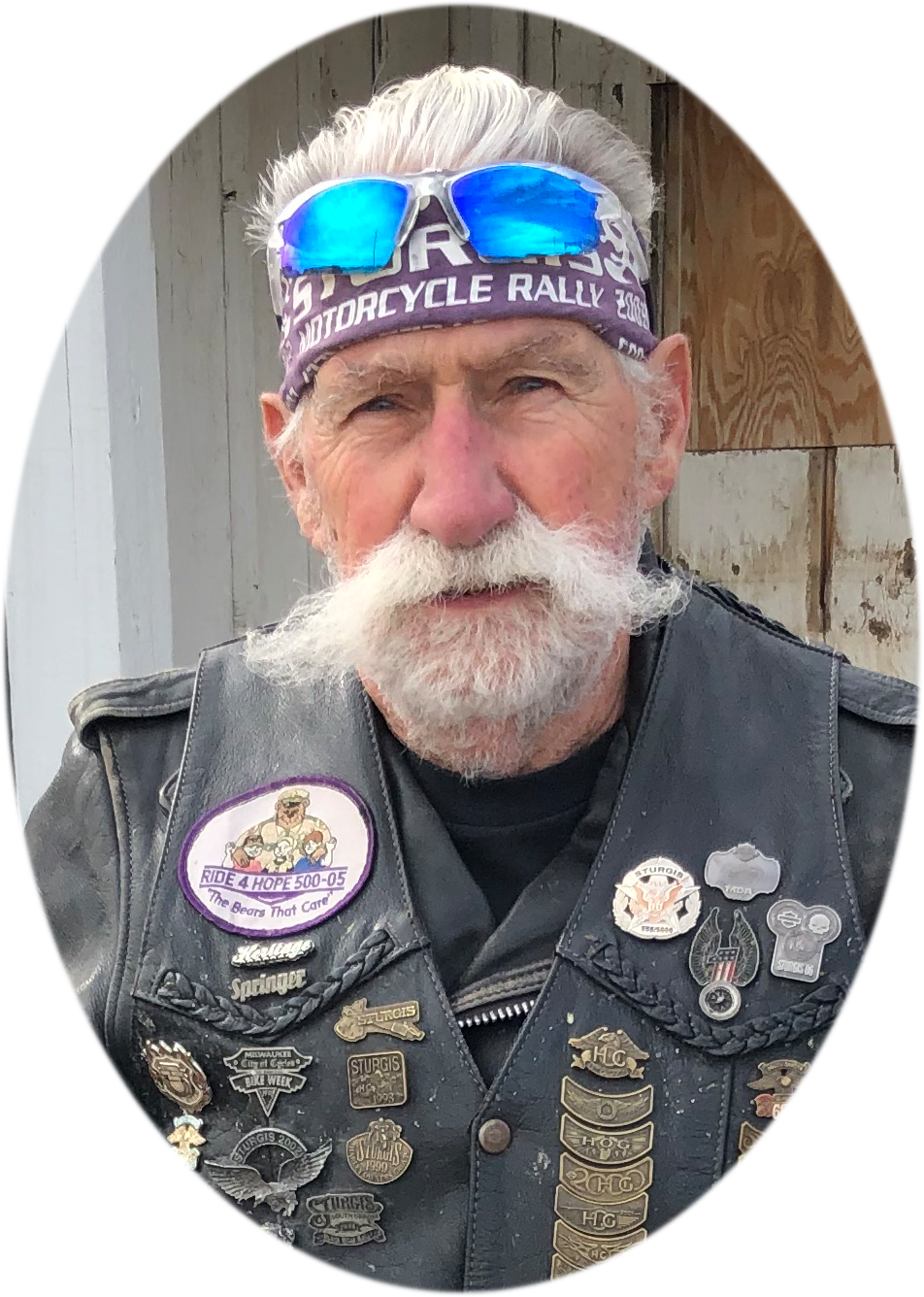 Ron was born October31, 1936 in Weston, Wisconsin to Everett Ole Gulbertson and Thressie Zopp. He married Judith Gauvin and the couple had four children. The couple later divorced.

Ron moved to Montana in 1971. He worked at the Glasgow Bakery as a baker for many years before going to the Valley County Road Department as a blade operator. He retired from the road department after 24 years.

Ron was an avid hunter, loved fishing and his life passion was riding his Harleys. Ron loved spending time with his family and many dear friends.

Ron is preceded in death by his parents; sister, Mavis Karnatz and brother, Willard Gulbertson.

Family will receive friends on Thursday, June 25, 2020 from 6-8 p.m. at Bell Mortuary. A graveside service will be 12:00 p.m., Friday, June 26, 2020 at Galpin Cemetery, Nashua Montana. A luncheon will be at the Cottonwood Inn at 1:30 p.m. Condolences may be left at bellmortuarymontana.com.

In 1969, Bob joined the accounting firm of Galusha Higgins & Galusha and worked in Glasgow, Montana. In 1982, Bob, Dennis Chandler, Robert Maxie and Jim Smrcka started their own firm, CHMS. Bob worked with his partners over the course of his career to expand the firm to 5 locations across Northeast Montana. In 1999, he moved to Wolf Point to manage the office there, where he retired in 2012. However, due to his love of accounting and his devotion to his clients, he continued work consulting and performing tax preparation until 2018.

Bob married Beverly Brueckner in Glasgow on August 20, 1977 and together they moved to Butte in 2012. She survives. Also surviving are his sons James and Kevin. James and his wife, Chrissy, live in Butte with their children, James Jr., MaKenzie, and Hanna. Kevin and his wife, Darcy, live in Mesa, AZ with their children, Aurora and Persephone. Also surviving are his brother, Larry Hadley of North Ogden, UT, sisters and brothers-in-law, Adele and Ed Harper and GeNene and Gary Hansen, all of Idaho Falls, ID, brothers-in-law and sisters-in-law: Gene and Kaye Brueckner of Grand Forks, ND, Jan and Jerry Brorby also of Grand Forks, Lars and Nancy Brueckner of Niagara, ND, Betty and Mack Holland III of Denver, CO and numerous nieces and nephews. Also surviving is his uncle, Roy West of Ogden, UT.
Bob was a kind and generous man who was always there for anyone who needed him. He was an avid card player. He and Bev were members of the Copper City Bridge Club, where they played weekly. His other hobbies included spending time outdoors which included gardening, managing his lawn, and plowing his driveway during the winter. When not outside or working, he also enjoyed movies of all genres, but had a special affinity for war and western movies. In addition, Bob was a great lover of any animal. Thinking it was someone’s pet, he tried to cuddle with a wild badger. Obviously, that didn’t end too well.

Most importantly, Bob invested time with his family. His sons, their spouses, and his grandchildren meant the world to him. He also dedicated time to the rest of his family, his father and siblings.

Funeral services will be conducted Monday morning at 11 o’clock in Wayrynen-Richards Funeral Home with their Pastor Sarah Schilcher of Gloria Dei Lutheran Church officiating. Cremation will follow and entombment will be in Fort Harrison Veterans Cemetery in Helena. Express condolences at www.wayrynen-richards.com.

KLTZ/MIX-93 and Associated Press text, photo, graphic, audio and/or video material shall not be published, broadcast, rewritten for broadcast or publication or redistributed directly or indirectly in any medium. Neither these AP materials nor any portion thereof may be stored in a computer except for personal and non-commercial use. KLTZ/KLAN and AP will not be held liable for any delays, inaccuracies, errors or omissions therefrom or in the transmission or delivery of all or any part thereof or for any damages arising from any of the foregoing. Any problems, questions or concerns about this website, please e-mail us at kltz@kltz.com

Glasgow Broadcasting Corporation, KLTZ-AM and KLAN-FM, Mix-93, is an equal opportunity employer. When positions are available, they will be posted on this website. Recruitment sources are the Montana Job Services Division, and the Montana Broadcasters Association.

Glasgow Broadcasting Corporation, KLTZ-AM and KLAN-FM, Mix-93, has a public file available for inspection during business hours from 8:10 a.m. to 5 p.m. Mondays through Fridays. Click here for more information. Our EEO statement is also online.

Copyright ©1998-2020 KLTZ/KLAN Radio, and Tim Phillips Productions. All rights on this site reserved. Headquarters is located in Glasgow, MT.